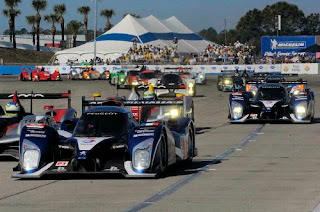 When I was 10 years old I wanted to become a Formula One driver. I was besotted with the sport. I quickly understood that such an ambition, for me, was unrealistic. I only went karting a handful of times with my dad and struggled to grasp the correct racing lines. I certainly wasn’t particularly quick. Being heavily into Kung fu I had a keen interest in the body and fitness / exercise so naturally I decided one day I would be personal trainer an F1 driver. Sadly these job opportunities are rather limited. There are currently only 20 F1 drivers on the grid and most drivers have known or been friends with their trainers for many years.

Fortunately after extensively researching and studying the physical and mental requirements to become a competitive driver in modern day motor racing I have had the opportunity to work with several drivers and teams at various different levels on the Motorsport ladder. I’ve worked with karters, drivers in different formula drivers and indeed F1 test drivers. Alongside gym based training I have also provided event support internationally for teams / drivers at the circuit in sports car competition and British super bikes. So despite not making F1 I have led a very fulfilling, enjoyable and challenging career in Motorsport to date.  When I take on new drivers, aside from their personal considerations here are the areas I predominately concentrate on.  For the purpose of this blog regard all examples as F1 drivers.

It is paramount that Formula One drivers are extremely aerobically fit. Their heart rate will sit between 170 and 180 beats per minute during a 90 - 120 minute race. Considerably higher when waiting for the lights to go out, nerves and adrenaline are coursing through the body. This means there is a huge cardio vascular demand on the heart and lungs, which need to transport oxygenated blood around the body to the muscles. The physical nature of driving flat out in predominantly hot climates means it is all too easy for a driver to become fatigued or physically uncomfortable and lose concentration. As hot and humid as ambient conditions might be it is multiplied in the cockpit.  At racing car speeds things happen in the blink of an eye. The slightest loss of focus can and often does mean a trip into the gravel, or worse still, into the wall. By vigorous cardio vascular training modern day super fit drivers greatly reduce the risk of fatigue and lapses in concentration. In other words a fit driver will withstand the demands of the cockpit much better than one who is less fit.

Well documented now is the necessity for a driver to cope with G forces, especially in a single seater car. The cockpit is a very hostile place. Divers are bumped around and pulled quite literally left right and center whilst wrestling their nibble but ridiculously powerful beast of a car around a circuit. Driving on the edge, centimeters away from catastrophe whilst being bashed around at 185 mph is no mean feat and physical adaptation is crucial. The neck needs to withstand the unrelenting G forces pulling it from side to side and backwards and forward whilst cornering, accelerating and breaking. At 5 G's the head becomes 5 x heavier. Imagine that! Any fit but unconditioned human would scarcely manage 6 laps flat out around a circuit in a Formula one car before their head felt like it wanted to detach itself and role of their neck!

In addition to strong necks it is imperative for racing drivers to have conditioned shoulders, chest, back and arms with excellent muscular endurance. In the past and currently to a degree, despite the strength requirements drivers needed to be slight and light weight.  This equates to a superb weight to strength ratio. With the increasing total driver / car weight allowance today’s drivers can afford a fraction more muscle mass which some are exploiting to help aid their physical performance. 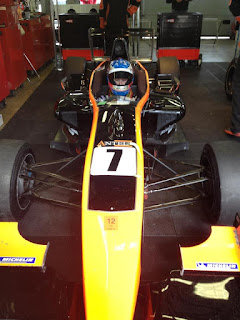 The core (center of the body) is another key area for racing drivers. Sitting in the cockpit, drivers are in an almost horizontal, laid back position with their feet raised to waist height. This means the core is their center of gravity, takes the brunt of energy continuously travelling through the body and needs to support the lower back for up to two hours at a time. The core muscles help support the skeletal system and in turn keep the internal organs in place as they’re being thrown around inside the body.  They also connect the upper and lower body and stabilise the torso with each and every movement throughout the body. Without a highly trained core, drivers wouldn’t be able to hold their body posture firm whilst driving and they would suffer chronic back injuries.

An often underestimated and overlooked but fundamentally important requirement is having strong leg and hip muscles. Firstly, under breaking for a slow corner a driver must exert upward of 100 kg pressure, dependent on the nature of the  bend. Tracks like Monza and Montreal have enormous braking zones with big stops from high speed. Here the breaking leg force required will be considerably higher. Have you ever tried a single leg, leg press in the gym? See how tough 100 kg is. Then imagine repeating it over and over again. Additionally, having strong hip, bum and leg muscles, along with the core will help a driver keep their legs in alignment and avoid constant hitting of the side of the cockpit causing bruising and pain.

Balance, coordination and reaction work contribute another vital part of the training method. The better the brain is at connecting quickly and efficiently with the muscular skeletal and nervous systems the greater feel and sensitivity to the car a driver will have. Weighted balance exercises force the brain to connect and create new neuro-muscular pathways to the body (including the core) which in turn improves proprioception. In other words drivers have more nerve endings and muscle fibers to call upon at their disposal. The body and specifically the core will react to the slightest or most violent physical demand without delay.

In conclusion the fitter the driver the more comfortable and more focused they will be in the cockpit. The heat, physicality and fatigue will affect them less and they will also maintain a psychological edge. Knowing you’re physically prepared for competition has huge psychological benefits such as confidence. All that said, despite the undeniable importance of being super fit and conditioned to race, the other best thing a driver can do is to drive!

As with any top athletes, nutrition is vital for drivers. Ensuring they are fueled adequately for training, travel and competition is paramount. To supplement training and prepare for a race weekend their food intake should consist of natural, varied, whole foods which are rich in macro and micro nutrients. Taking into account exercise scheduling, competition and the relentless travel, the timing of food consumption is also very important. Drivers need to peak on the Saturday and Sunday afternoon. At the circuit simply loading up on carbohydrates is not enough.  Drivers need to recover from muscle fatigue and restore energy levels. Equally vital is ensuring drivers are hydrated before during and after a race. Personally I avoid sports supplements where possible in favor of a natural food sources. However racing in hot climates combined with the physical exertion of driving a race car regularly results in a huge fluid loss and therefore electrolyte deficit. Alternating regular high quality isotonic drinks with plain water helps keep drivers hydrated and therefore focused. Being even slightly dehydrated will have a disproportionately negative effect on concentration and performance. It is common for drivers to lose 3-5 kg in sweat during a particularly grueling race such as Sepang in Malaysia.

As well as working in the gym environment I have traveled with teams around the UK and abroad providing event support to ensure the drivers and team in general are in the best possible physical, mental and emotional condition to go racing.

At the circuit my personal job is pretty varied. 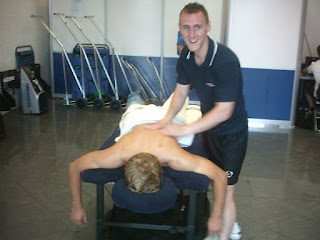 I provide drivers with driving specific warm ups before they get into the car. Weekends involve a lot of massage and stretching work. Also I monitor the driver’s food and water intake to ensure they are consuming the correct foods at the right times to ensure peak performance. As previously stated, this includes providing specialised hydration and energy drinks designed to keep the drivers brains and bodies working at optimum levels and replacing lost salts. Something I try to slip under the radar but goes a long way is I continuously monitor and if need be, act upon the drivers psychology. This is to ensure they are all in the optimum frame of mind / zone to go racing. Another aspect of my job as driver therapist at the circuit is I effectively work as a personal assistant to the drivers, resolving any issues that inevitably occur and generally keeping them on schedule for their media / sponsor / event commitments.  This also helps take that stress away from team managers. I also find it useful on test days to conduct fitness and health screening tests to monitor their heart rate, blood pressure, body fat and flexibility thus ensuring I am happy with their physical

For further information on driver fitness and event support I have a short you tube video. https://www.youtube.com/watch?v=_j2Qu2rDctE&t=48s